So I am working on creating that second tech demo of Shardpunk, that I am planning to submit to Digital Dragons Indie Showcase. Now that the old tactical layer has been scrapped, I focused on making sure that the combat part is working correctly and that it is better-looking.

The previous blog entry was very text-heavy, so I'll try to focus on screenshots now. Here are some highlights of the stuff that I was working on for the past two weeks:

There will be a nicer HUD in during the combat:

I am trying to get rid of the blue color from the UI, so the character stats are now different:

Note that this is not the final version. I am still experimenting with different layouts.

The deaths are now more bloody:

(you can actually see that this gif is using another version of the character stats, still being blue)

There are some new crate graphics, new light sources: 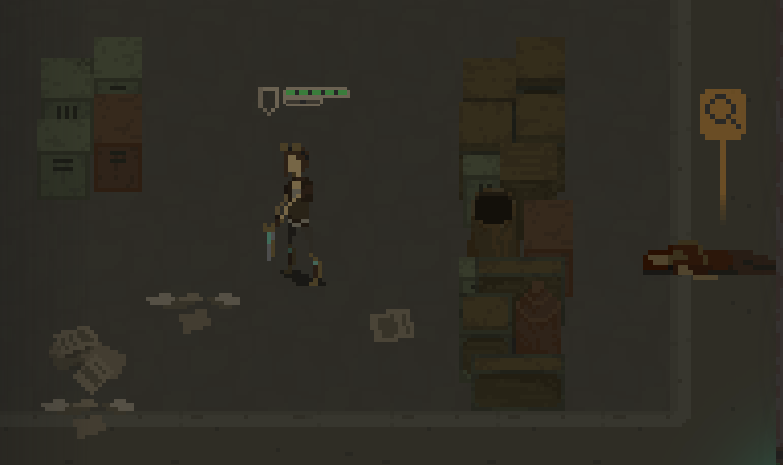 I upgraded to the latest Unity to be able to use its new 2D lights feature. The problem is that it turned out that Unity removed the built-in resolution dialog! So I had to add mine.

Also, there's gonna be a new enemy type in the 2nd tech demo: the rat commander.

Now, this fella is able to throw a grenade. I had to make sure that he is not too lethal, as the game wasn't very fun with overpowered rat commanders running around.

Generally, the game is pretty stable at the moment and it seems that I will be able to make the Digital Dragons submission. Assuming that I will finalize all the UI changes.

The demo needs more polishing, and some parts of the UI still need to be changed. For example, I want the inventory UI to look different, and be less explicit. Also, the game could use a character details window as well.

One thing's for sure - I won't be adding any new features for the demo. It'll be just UI and polish.

That's it for this time. Wish me luck!