Devlog #73: so how the shelters work?

Ugh. So the Digital Dragons conference (along with the Indie Showcase event) has been canceled this year. Well, they're moving to an online format, but I don't know whether I'll have a possibility to showcase the game there.

Anyway, I'm just focusing on completing the next demo. And today I'm gonna give you a tour of the shelter phase, as it is already coming together quite nicely.

Similar to the combat phase, there is one "active" character at a time. Such character can target places/characters (or use the actions list from the bottom) to perform an action.

I am also considering adding subtle highlights to action buttons when an actionable element is highlighted.

Characters now have to be healed after combat. Similar to XCOM, using stimpaks in combat only temporarily replenishes health. After characters reach the shelter, their HP is automatically reduced to the lowest level it got during combat.

To heal a character in a shelter, med supplies are used.

It is especially important to heal a character who is severely wounded (as I mentioned in the previous blog post, this happens when their health is 2 or lower). Untreated severely wounded characters might not make it through the night.

Also, as taking care of one's stress level is an important thing, the player can decide to spend all remaining APs to find inner peace. Keeping the stress low is important, as a stressed character may acquire nasty quirks. And their aim is reduced when stressed, too. 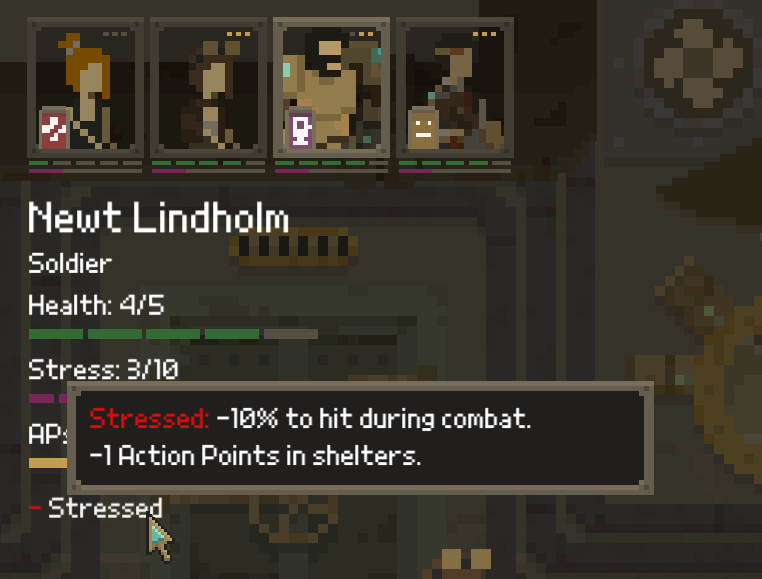 If the team has spare supplies, they can craft some combat equipment (stimpaks, grenades):

After the player is done with performing actions, the team needs to be fed. Each character consumes one piece of food supplies.

Without food, characters become hungry, then starving. This affects their combat abilities; also, starving characters might die during the night.

When the night ends, the player needs to choose the next destination. I am leaving this part for another milestone though; right now the next mission will be automatically selected, and the player will move to the loadout screen. 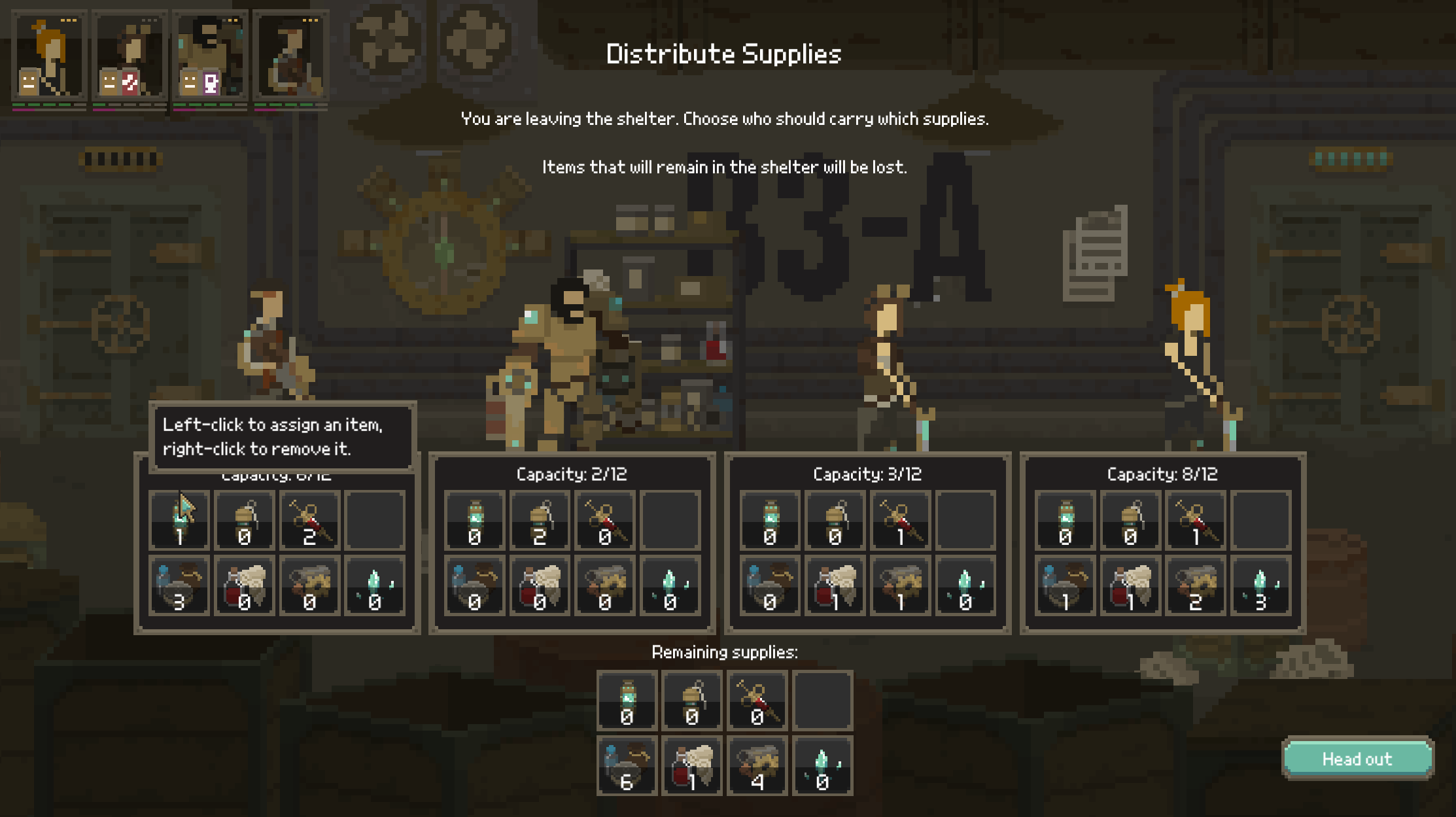 Note that the characters won't be going back to the shelter again, as they're trying to escape the city. It means they should grab the supplies they want to tag along. This might evolve into a nice metagame, as combat utilities (stimpaks, grenades, and a fusion core - which is necessary to open up the next shelter) also take up inventory space.

When the team is good to go, another mission starts.

This concludes the overview of the shelter phase I was working on. It is still not fully playable - for example, it lacks proper handling for a failure state (which can happen if everyone dies during the night, which is game over). But as usual, I am slowly getting there!

Thanks for reading, and see you in 2 weeks!