Alright, so I released 0.3 alpha demo of Shardpunk on Steam as well! 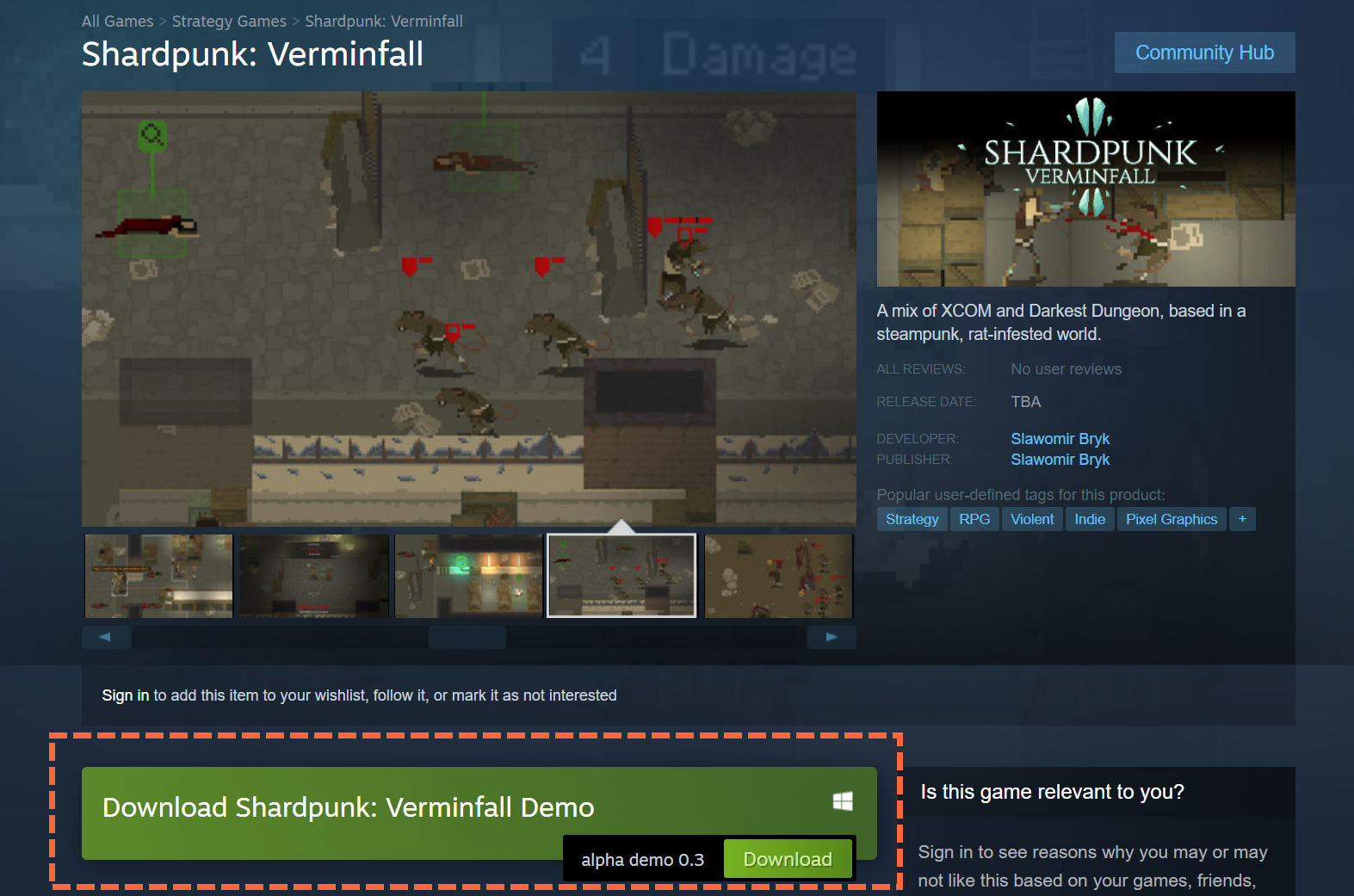 I already received far bigger traffic on Steam than I got on itch.io up to this point.

Also, I got some interesting user comments on different aspects of the game that I will be - as always - addressing and, in some cases, describing in detail in separate blog posts.

I did start working on new game features, but I want to focus on something different this time - demo gameplay tips.

Basically, I received some feedback that the game is still difficult to play. It might be that some of you did encounter unfair enemy distribution. However, I believe that there is a number of guidelines that one can follow to maximize the chance of winning.

Every character reaches the shelter alive, and I am able to collect 4 pieces of food to keep them alive through the night.

Here's a set of best practices for 0.3 alpha demo of Shardpunk.

It does not make any sense to split your team. To avoid cutting one of your characters off from the main group, stay close. This will also allow you to heal each other if required.

Well, the ranger can manage on his own (but stay together if possible!)

Rangers have the "multi-overwatch" ability that allows them to fire up to 3 reaction shots (depending on their weapon heat level). This should allow them to stay clear from melee enemies for a little longer.

You will have plenty of opportunities to grab that loot. Focus on killing the rats first.

Don't be afraid of using explosives

Yeah, grenades attract more vermin. On the other hand, they allow you to clear lots of them at once (especially as I tweaked the grenades so that they deal minimum 3 damage, which insta-kills the machinegun rats).

Combat suit is your best friend

The soldier has a lot of useful abilities (some players report it as overpowered). Ground slam and combat suit boost both allow you to deal nice AOE damage, causing multiple kills.

These rats (the red ones, wielding a banner) have good accuracy and can throw a grenade. You should prioritize killing them.

Don't' forget about that fusion core!

A Fusion Core is required to open up the exit door - without it, you are unable to complete the mission. I am pretty sure I will be changing this behavior (or at least extending it) so that the players have other options.

Leave me some feedback

No matter whether you manage to get through the demo or not, do leave me feedback in any shape or form - feedback is what I need to keep making the game better.

Have a great day!

You still gonna do Linux too?