Devlog #89: Hiding in the shelter

Let's talk about the shelter phase again, shall we?

First things first - let's introduce the first-time readers to the gameplay loop. Your job is to escape the Capitol that has been overrun by Rat Vermin.

You control a party of four (initially, as it can be upgraded to five) characters. You select the next location you want to move to from a map: 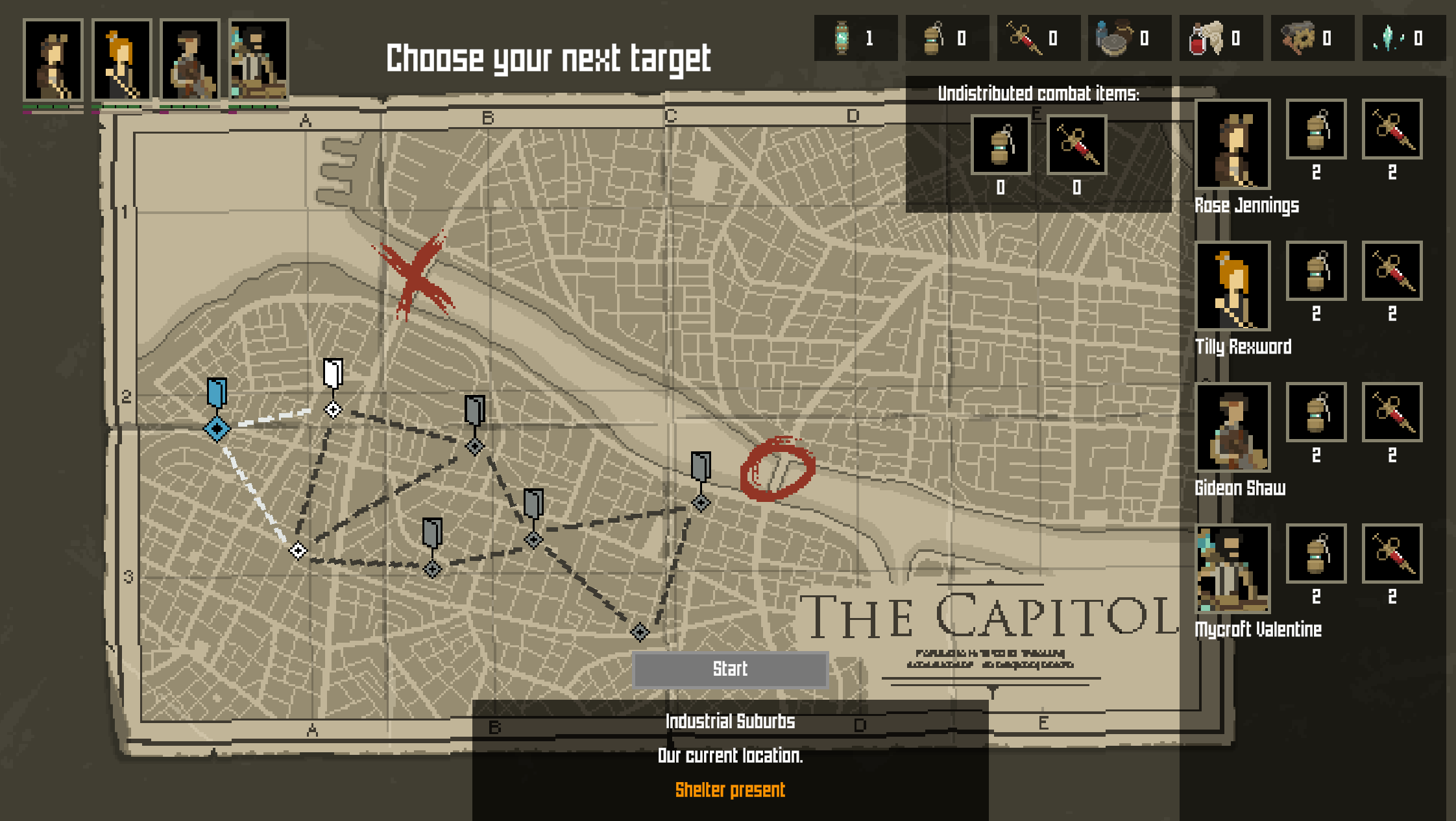 Then you move to the next location. Combat - so the main part of the game, that I am not focusing on in this entry - happens. You kill rats, and you make sure they don't kill you.

When you reach a shelter, you unlock it with a Fusion Core - an item that can be found during combat. Think of it as "fuel" for your travels.

You enter the shelter phase. This immediately gives you a boost, as opening a shelter reduces the overall stress of your characters. Stress is bad, as it can mess up your characters by granting them negative traits:

In the shelter itself, there is a bunch of activities that can be performed. Each of them costs an action point.

Now, previously every character had their own set of shelter action points. That was starting to become cumbersome (especially when I was designing the weapon modification phase that is yet to come), so I changed it to a common pool. Every character adds up to 3 action points to the pool (less if the character is heavily stressed or severely wounded). 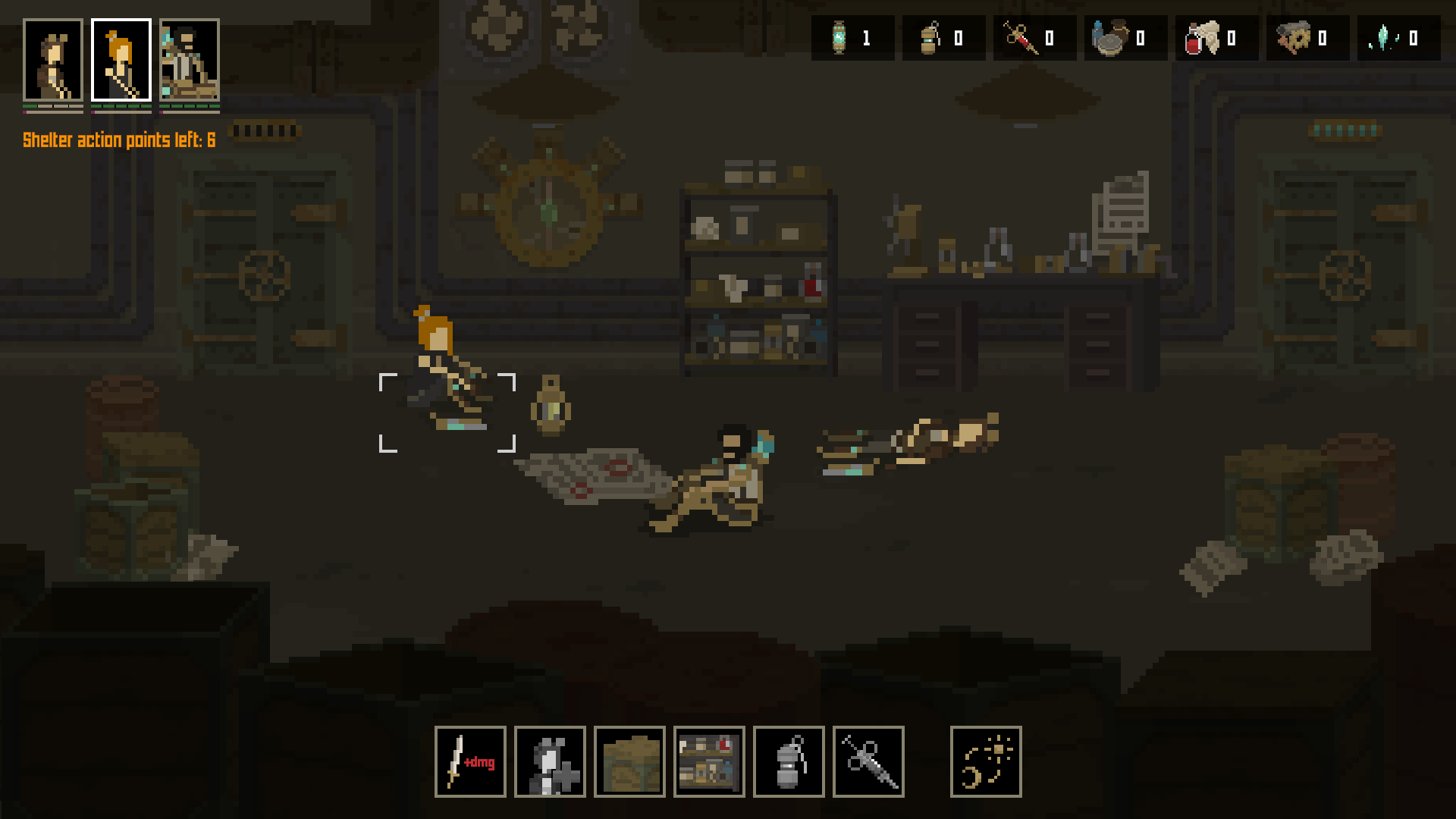 Still, the player can select which character will be performing which action. Some characters are better at doing certain tasks. For instance, Rose (the "medic" girl, although she's wielding a shotgun as well) is able to heal more HPs, both in a shelter and during combat - so it's wise to use her for this action.

Some characters have unique actions. Tilly (the sword-wielding girl) can spend one action point to improve her melee skills in the next combat. 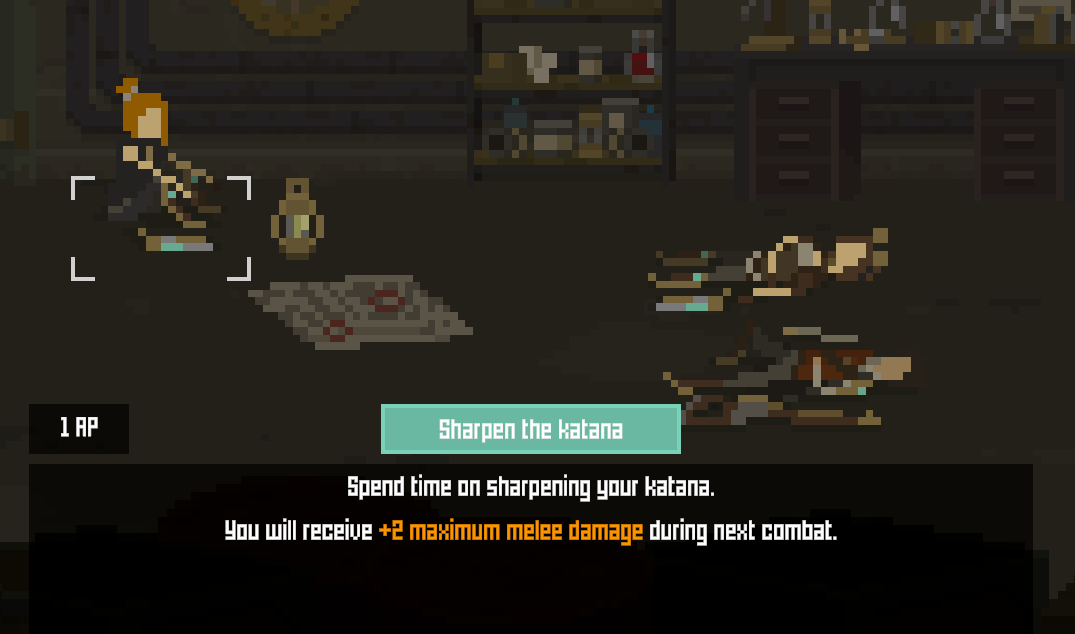 Gideon can practice, which will give him a nice accuracy boost. 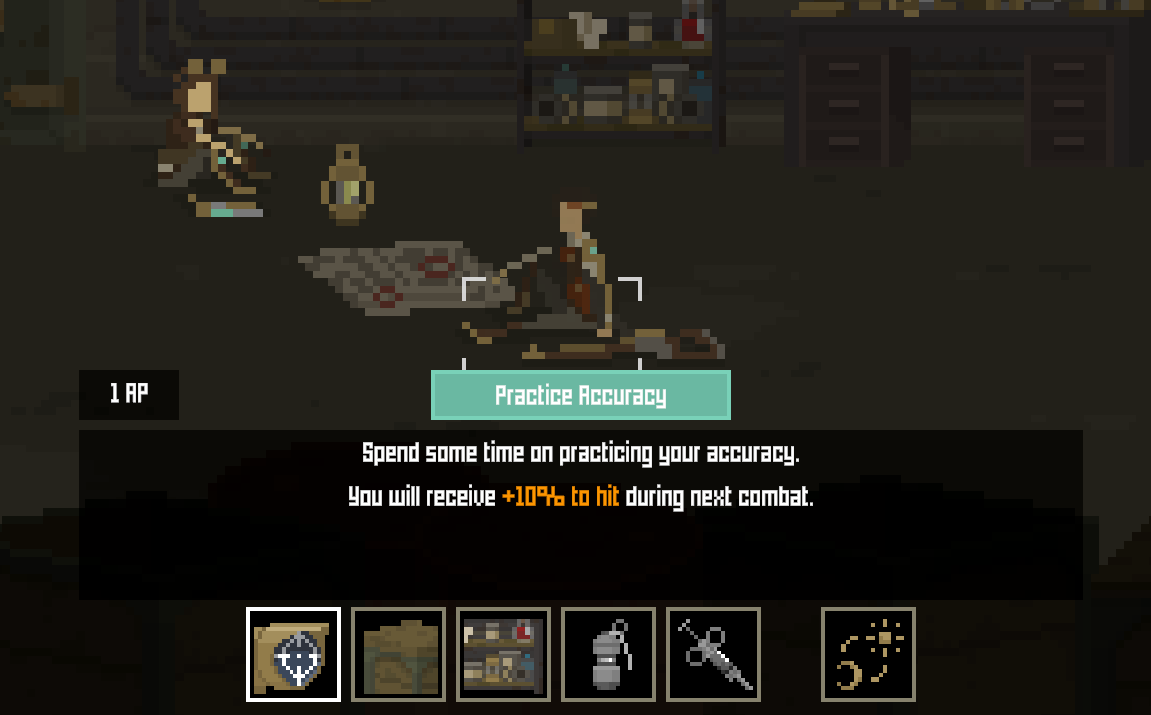 Also, only in shelters you can really heal your characters ("healing" made by stimpaks during combat is only temporary, and HPs healed that way fade away after combat) and remove the "severely wounded" trait that one can acquire during fights.

All of this makes shelters very useful. From the test playthroughs I did, it seems it is always a good idea to enter a shelter after combat. On the other hand, if you cannot - e.g. if you don't have a Fusion Core to spare - you can still proceed with the game. It will be more difficult, but it can be made.

This will allow me to add a nice risk/reward mechanic into the game: there can be locations with no shelters at the end, but with, let's say, more loot present. So the player can risk going there to find more loot, but the next mission they will face will not be preceded with shelter preparations, thus it will be more difficult.

Man, I could write about game design stuff all the time! Gotta go back to work and actually finishing the game, right?