Howdy! Here's some information on the "map mutators" feature that I was working on recently.

As you might be aware, there's the "map travel"/"mission select" screen in Shardpunk that allows the player to choose the next mission. 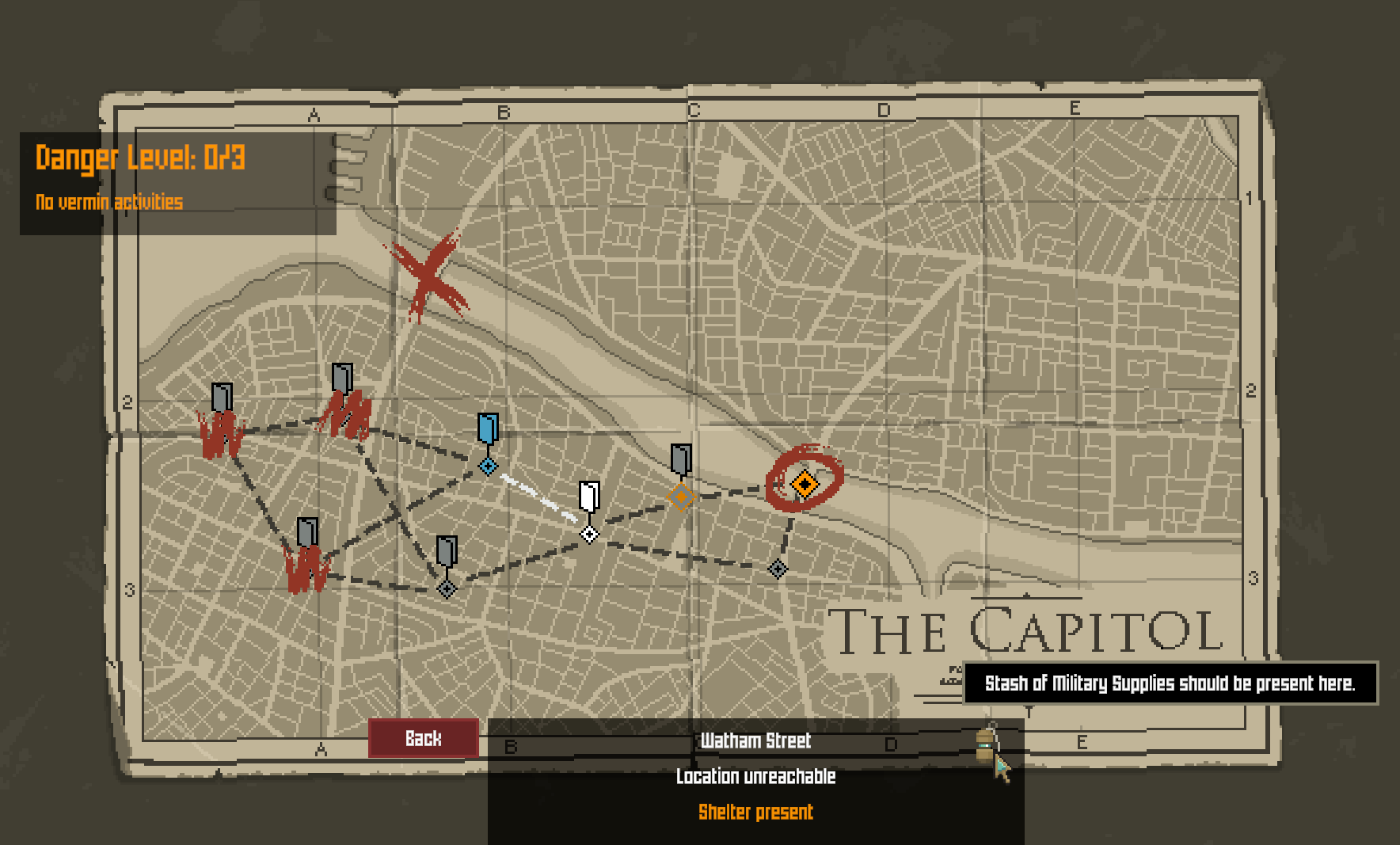 Until now, there were three fixed properties for every map location:

This was the 'biome' thing. In Chapter 1, there are industrial and sewer maps available, with the industrial ones being split into closed (indoors) ones and open ones (the streets, basically).

No matter whether we were dealing with sewers or industrial settings, the gameplay was the same. Sure, the visuals were completely different but they were not affecting the gameplay.

However, the game did differ for indoor/open locations - mostly because, well, the open maps were more... open - so they had not many tight corridors, enemies were able to reach you quicker, etc.

Presence of a shelter

I wrote about shelters lots of times here - they allow the player to rest, craft upgrades, and perform other shelter-related actions. Basically, it's a good thing to enter a shelter. Some locations might not have one.

Some locations might yield extra resources: a stash of medical supplies, grenades or other useful stuff.

After the latest changes, I introduced a number of extra properties (which I've called "mutators" in code and I'm not entirely sure why). Also, I made them dynamic, meaning that each location in the game will have random mutators assigned.

Here's how the map UI looks like after the change: 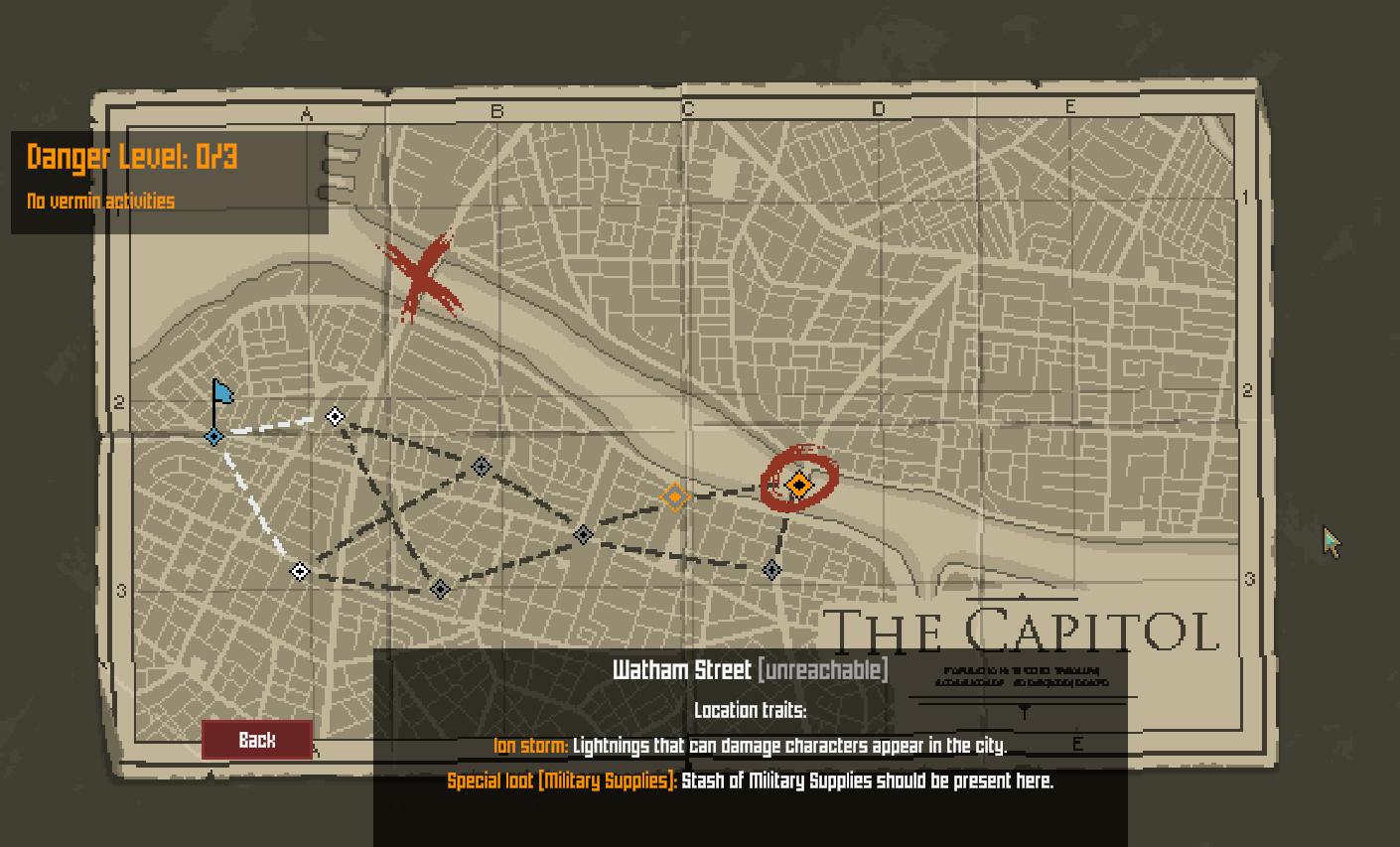 Here's the list of mutators that I've added so far:

Weak foundations: it can only be applied to an indoor location. It prevents you from using grenades.

No shelter: that's basically just the old "presence of a shelter" property, changed into a mutator. And a pretty punishing one.

More loot: I guess this is self-explanatory.

Special loot: again, this is the old "Special loot type" property, changed into a mutator.

Rain: only available in outdoor locations. The rain is pouring down. And it turns out that the grenades your party is using are pretty sensitive to water, which might cause them to malfunction.

Ion storm: due to reasons I still need to figure out, this particular location is struck with a very intensive storm. Each turn random fields are struck by lightning bolts that deal heavy damage.

I especially like this last mutator - nothing is more satisfying than seeing the rats getting wiped out by a bolt of lightning. Now, I can already see that I am missing one important piece of gameplay mechanics here, and that is allowing the player to actively influence where the enemies should end their turn (in order to wander into the lightning bolt zone). Is it using some kind of a decoy? Or an "intimidate" skill? I will try to explore it further.

If you'd like to help me out with game design, do remember I'm waiting for you on Shardpunk's Discord channel!

That's all for this update - thanks for reading, and have a great day!

This game keeps looking better and better! So excited to see it progress. I remember finding it on a random post on r/indiedev and wowzer has this game improved!