The last two weeks were a little bumpy due to hardware issues. Basically, my PC is dead for a week due to a faulty power supply and the incompetence of a shipping company to deliver the new one. I am still waiting for it to be delivered.

So, I am stuck working on my old laptop, which is not a developer-friendly situation. Still, I managed to get some work done - mostly technical one. To be more specific, I've added key bindings for mouse+keyboard control scheme.

First, I studied how the bindings are handled in similar games (think XCOM, Mutant Year Zero: Road to Eden, or Pathway) and then took the stuff that made the most sense to me. 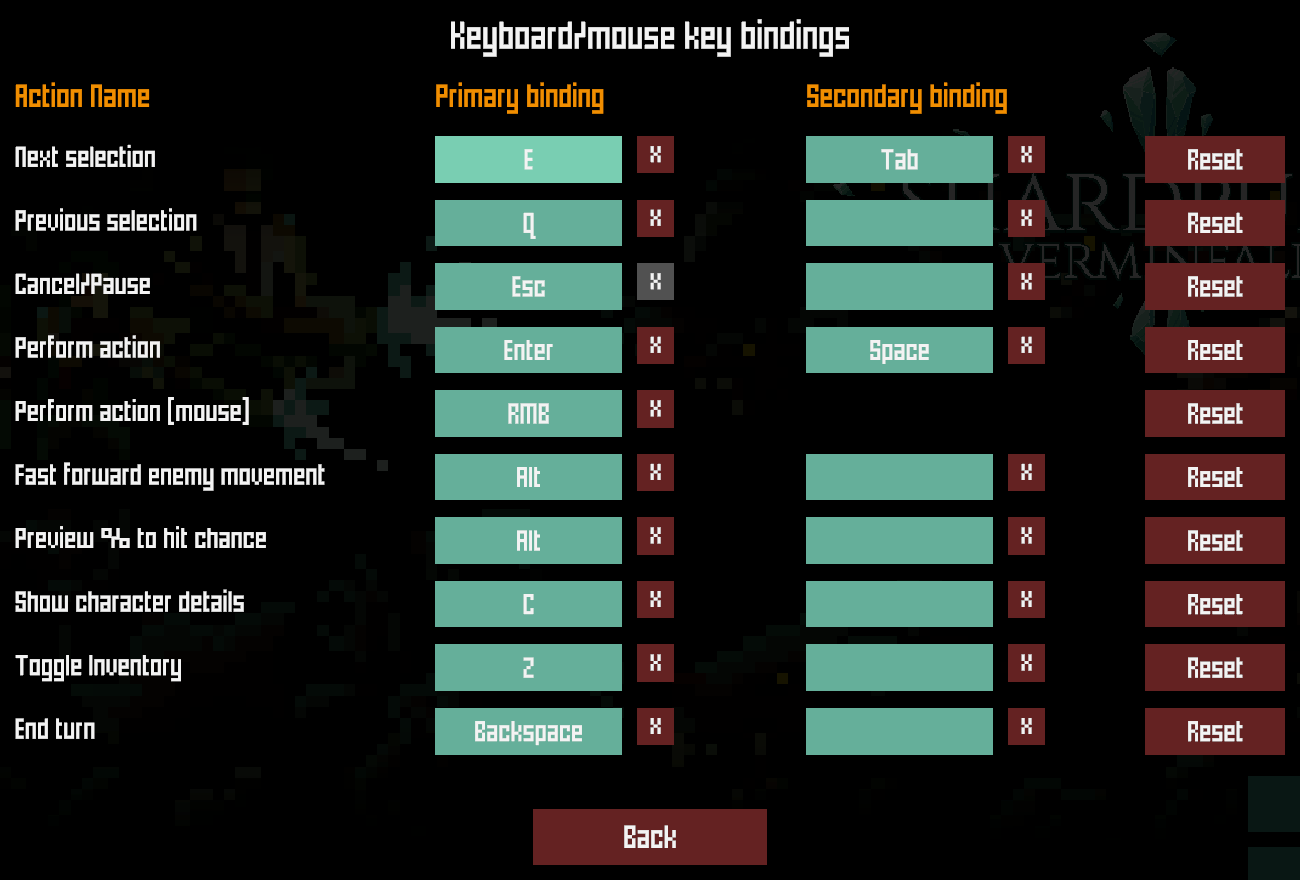 1. Camera movement is not rebindable, and stays at WASD/arrow keys
2. Bindings are not unique - so the same key can appear in more than one binding (example: speeding up enemy turn and displaying to hit preview both use the "alt" key, which is OK - as the player is never able to perform both actions at the same time). Technically, these actions could be defined under a single binding, but I don't feel it would be better.
3. The Main binding for the "Cancel/Pause" action cannot be cleared (XCOM 2 has the same approach). Otherwise, there might be a situation where the player has no possibility to pause the game and re-enter the bindings menu. Of course, I could add a physical UI "pause and enter the menu" button, but I don't want to make the UI more cluttered.

From other things, I have started working on tuning the visuals up more - for example, making more use of HDR and bloom: 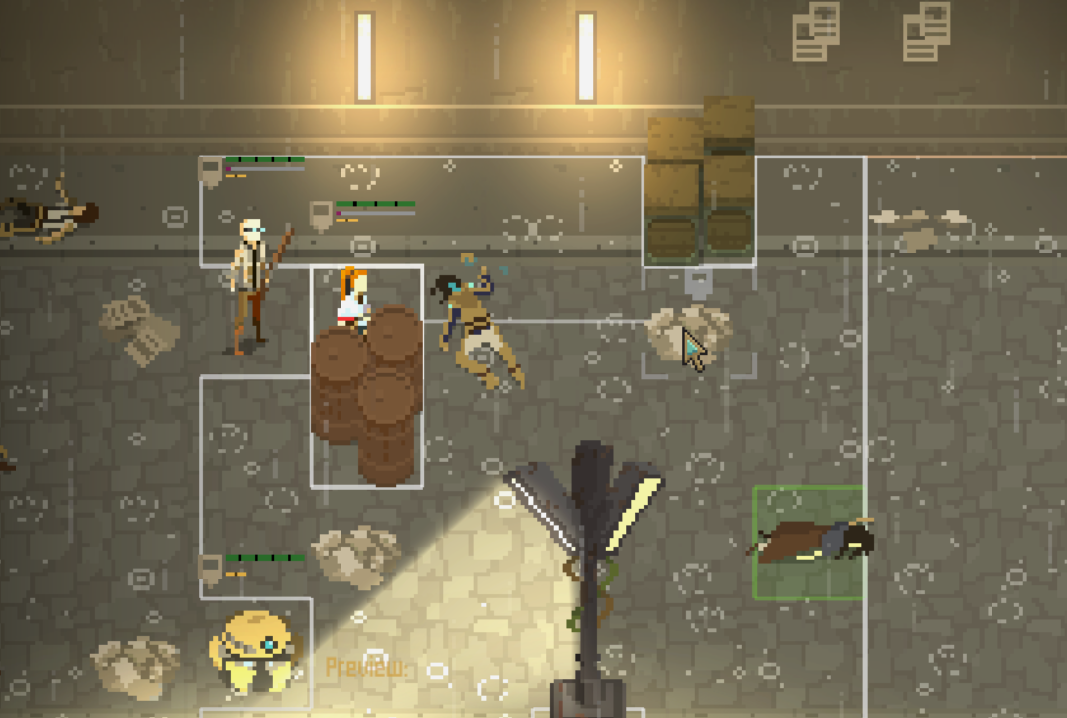 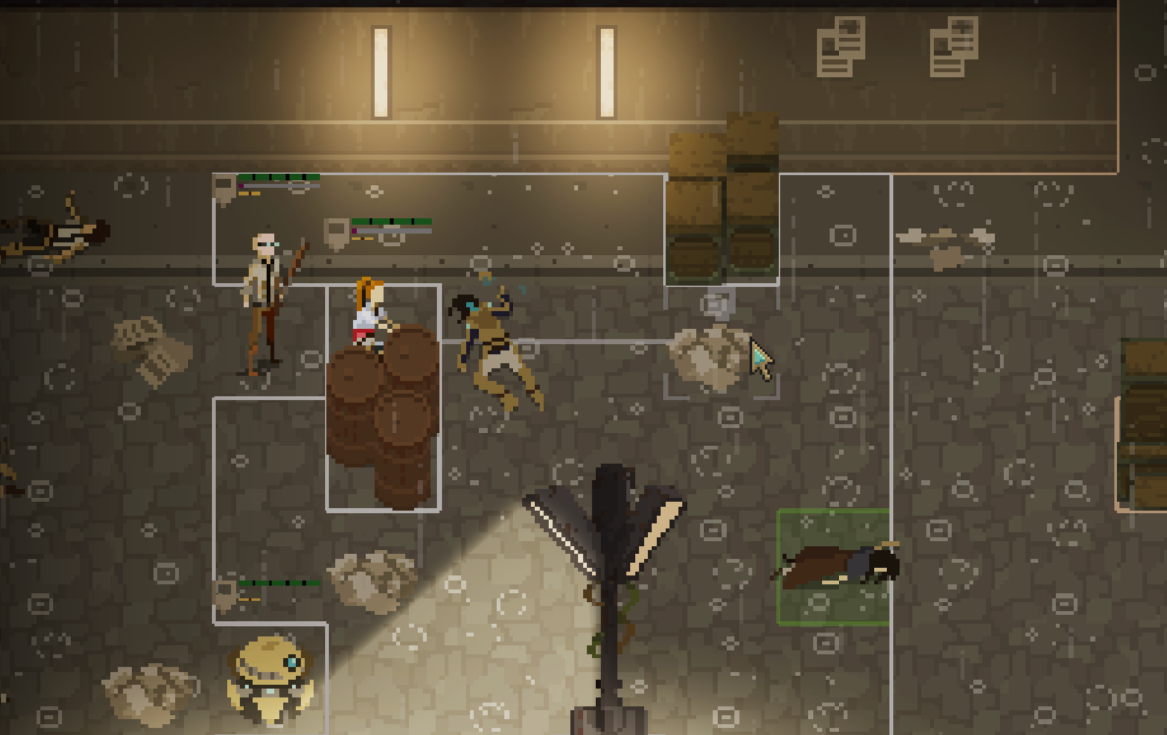 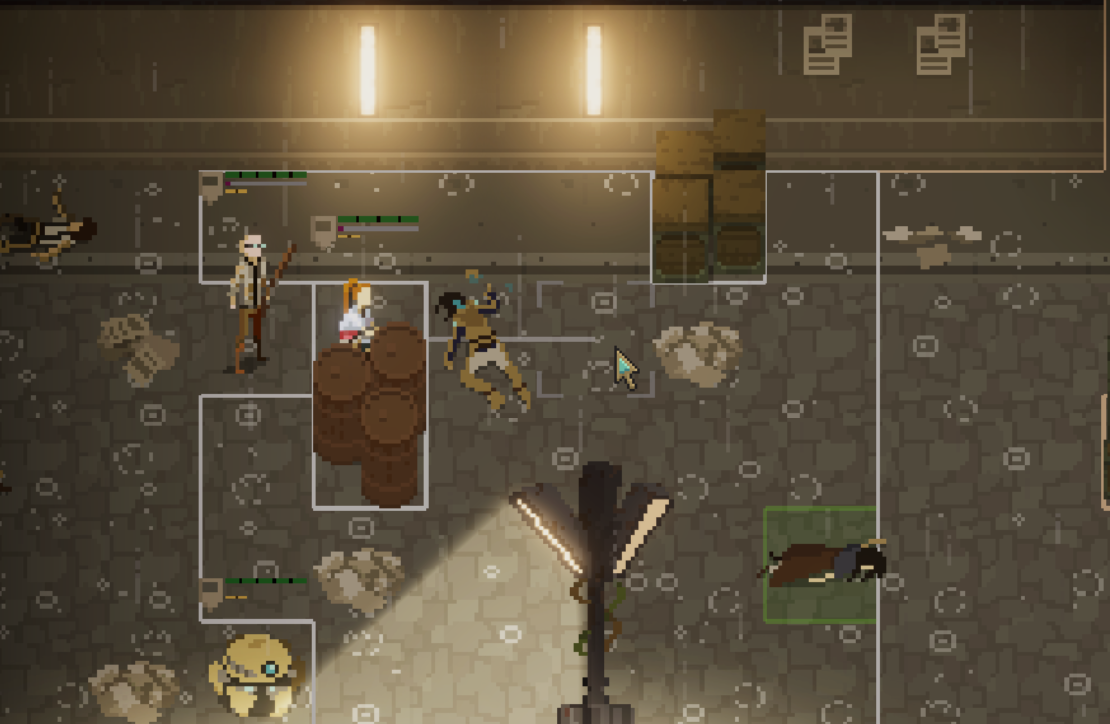 I believe the visual changes are going in a good direction - do let me know what you think.

Take care, and don't forget about the Discord server!