My main goal right now with Shardpunk development is to make sure that I, well, finish creating the game. That means adding more assets, characters, enemies, and levels. Basically creating more content based on the existing game mechanics.

At least that's how it looks like in theory - because the truth is that new game mechanics (or changes to existing ones) are still being added by me from time to time. I am aware that such behavior results in scope creep; on the other hand, occasionally trying out something different can result in making the game even more fun, right?

One of the most frequent feedback I got from players playing the demo was that the multi-overwatch action of the sniper character is pretty fun, due to the possibility of killing multiple enemies in one turn.

So I tinkered with game rules a little to see what would happen if any character would be able to perform a "multi-overwatch" thing, similar to the rules that the "Gears Tactics" game introduced. Basically, when a character enters overwatch, the number of unspent Action Points would translate to the number of overwatch charges. So if a character does not perform any movement their turn and just enters overwatch, they'll have two overwatch charges available (assuming that the weapon's heat will allow for that, of course).

This worked pretty well. The player can now decide whether to move more or to spend their points on more firepower. And the original "multi-overwatch" skill of the sniper has been altered so that it simply grants even more overwatch charges: 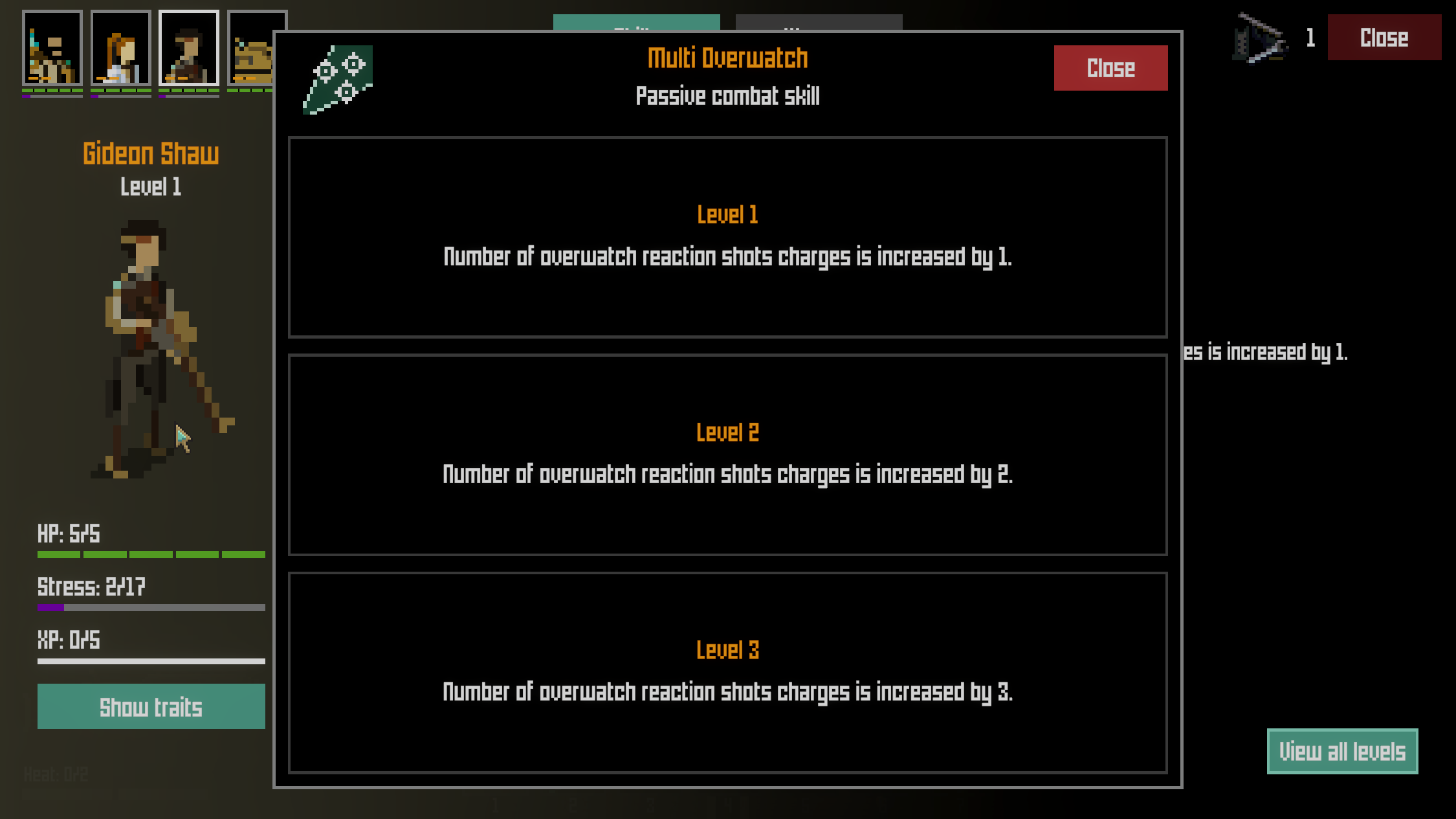 As usual, a single change brought a number of related gameplay changes that I had to introduce to keep the game balanced. The most important change is that attacks are no longer ending the character's turn - meaning that it's not a problem for a character to shoot first, and then move. Or shoot twice.

Now, such behavior was already possible in Shardpunk, but only for revolver weapons. The other types (shotguns, heavy, sniper) were only meant to shoot once per turn in most of the cases. Well, that's gone now.

With this increased amount of attacks per turn that players can take, I've also increased the number of enemies. I've played through several test missions so far, and I do like these experimental changes; I'm pretty sure they will make it to the final game, as they're allowing the player to wipe out a large number of vermin pretty quickly, which always sounds like a good idea.

Other than that, I played with the robotic characters more as well. They now move with the same speed as human characters and I've allowed them to search for loot, which will open up new strategies. I gotta test these changes first though. They make sense, but even I am not sure whether they won't destroy the game's balance. Who would have thought that making - and balancing - a game is that much work, eh?