Wow, the "last 10% of the project taking 90% of the time" thing is sure real! The awesome community in the Discord server gives enormous amounts of feedback, and I am constantly busy tweaking the game based on that.

The things I want to showcase today are the features implemented to counter the "game being too punishing" remark.

When character's HPs reach zero, they enter a "bleeding out" state. Another character can then approach them and use the "revive" action on them, which will bring them back to life.

That's why it turned out that characters in Shardpunk are equipped with personal CPR units, that can be used to self-revive them! Well, you need a Fusion Core to make it work, but I believe it's a fair tradeoff. Also, the game has now extra usage for Fusion Cores!

It seems that Shardpunk characters have started to be luckier recently - there's a chance that they can avoid a lethal blow coming their way using the newly added "Close Call" mechanics. Every time a Close call is triggered, the probability of it happening again gets reduced.

What is more, there's a chance that after a Close Call a character will trigger a retaliation attack, which is an always-hitting, enemy-interrupting move. Even if you don't manage to kill the enemy with it, they will lose the ability to perform any other actions this turn.

Up until now, the characters could enter the "bleeding out" status only once in combat - so after they've been revived once in, the second time their HPs go down to zero they insta-die.

I've increased the number of allowed "bleeding out" states to two (at least in the easy difficulty; the normal difficulty has it still at one). This should help the players out! 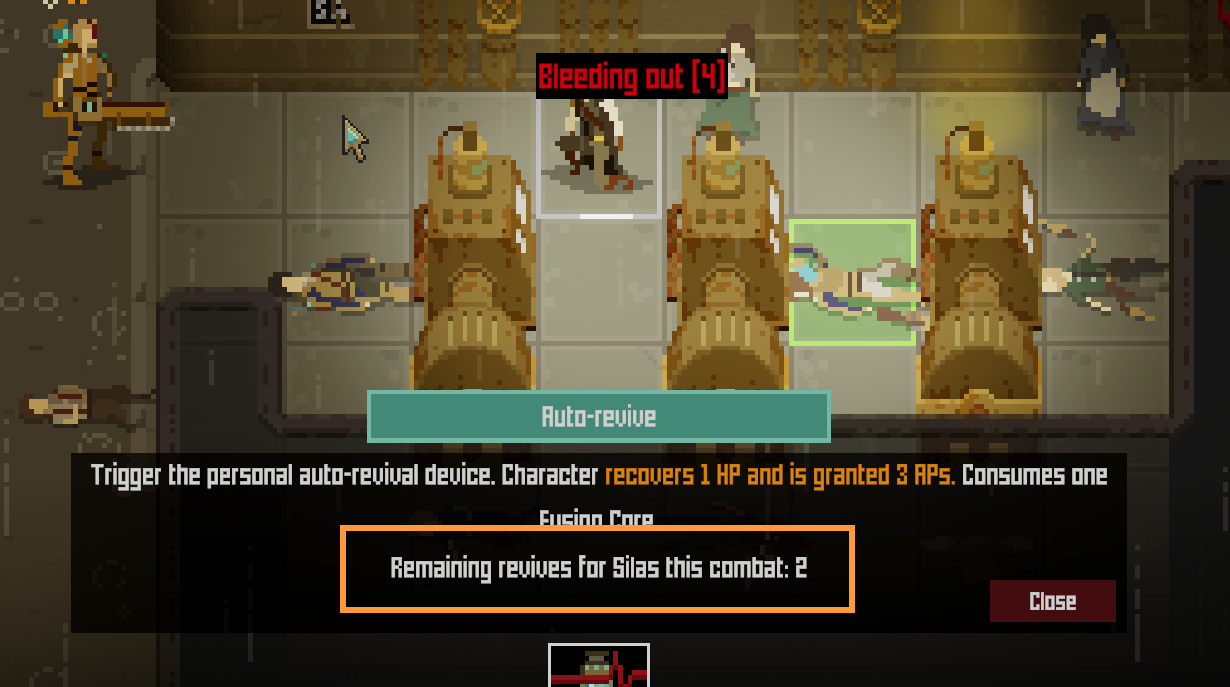 Peace out! Have a great weekend!