Hello everyone! Progress has been made, and it's time to brag.

As I mentioned before, I was working on the enemy pod activation mechanism. I will post more details about it in a few days however, as the first thing that had to be finished is the line of sight mechanism.

Basically there was no such mechanism in place until now. The player always saw the whole map. That had to be changed somehow.

Now, XCom used the standard fog of war implementation - basically each map tile can be:

I have decided to use similar yet simplified solution, which only uses two of the states above: unknown and visible. This means that after the player uncovers a tile, they get full information about its content until the end of the combat.

Anyway, the technical implementation of  field of view calculation was not that difficult - doing 360 degree raycasts worked like a charm, and didn't influence the performance at all (possibly the fact that the game is turn-based did help here significantly).

The hidden tiles simply had a darker color applied to their sprite renderers. However, I did want to make the fog of war to be displayed in a smoother way. Google mentioned that one can use the approach with rendering stuff to texture, and applying an extra layer on top of the displayed stuff.

In the end I started using the SpriteLightKit library for this, and I ended up with this effect:

Although it is still far from perfect, it looks more pixelated.

Now, firing the raycasts from the current player location was not enough - because the assumption is that characters can lean out of covers, effectively seeing more.

See the screenshot below - the character should see the stuff on the right, behind the pillar: 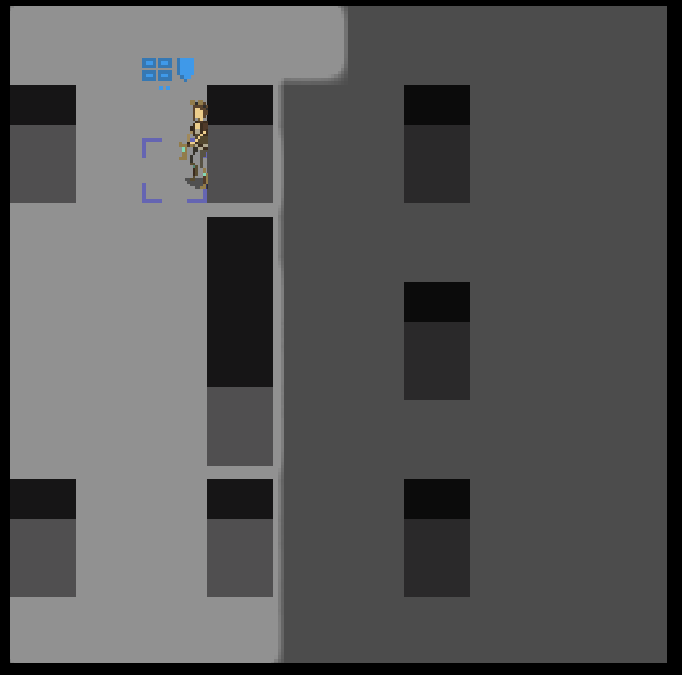 I have altered this as well so that stuff visible after potential leaning out is also visible to the player. It is possible that the player is seeing a little bit too much (not sure whether the tile to the right of the rightmost pillar should be visible), but that's desired: 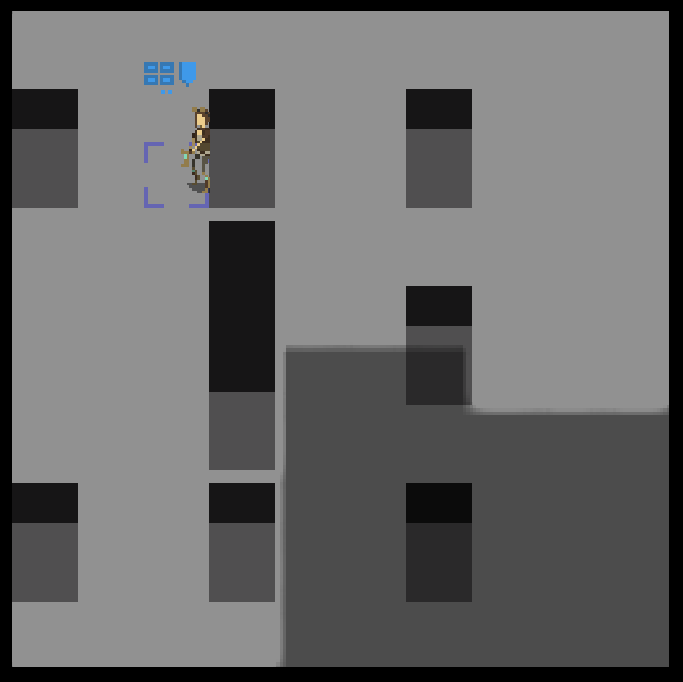 Anyway, this concludes the part about field of view. Next time I will show you how I have used it in the enemy pod activation mechanics.