OK then, so it's time to be activating these enemy pods!

The idea behind this is making sure that the enemies that are being encountered are spawning in groups, to increase the challenge for the player.

A map can have multiple spawn points for enemy groups (a.k.a. pods). During map generation, a group of enemy characters appears in the close area of the spawn point.

The spawn point can have various parameters, like the number of enemies or their tiers, but that is time for another story. What is important right now is that I can define where a pod spawn location is defined on a map. 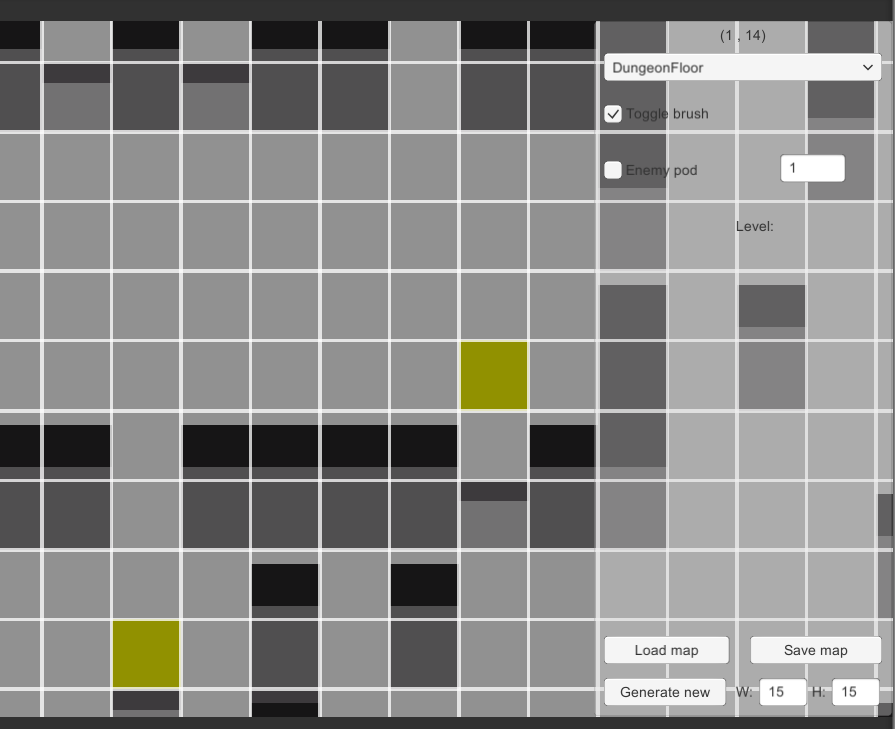 Yes, I do have a level editor! And the spawn points are displayed in yellow.

Now, spawned enemies are "sleeping" - meaning that they do not move around the map nor take any combat actions.

The player needs to awake (or trigger) them first - and this happens when an enemy enters the line of sight of the player. And it is only then when the enemy characters get revealed.

Player triggers a pod. Watch all them ratmen go!

Directly after a pod has been triggered, all of its members are receiving a free move, in which they can only take non-offensive actions. In practice it means that they will try to take cover.

After such free move, the player can proceed with their turn (assuming there are still some actions that can be performed).

So this is basically how enemy triggering works. The interesting thing about this is that even if only one of the enemies in a pod has sighted the player, all the enemies from the pod become active. It is because I really want to throw the whole group of them on the player. Otherwise it would have been too easy, just picking them up one by one.

So that's all about the enemy pods. I am focusing on some UI things next (movement range display, to be more specific) and then I am moving to the loot mechanics.