OK, so the good news is that the game is already playable and fun.

The AI is decent, and not too smart in general - sometimes probably to some poor AI coding, sometimes due to my deliberate efforts to make the AI semi-suicidal at some situations, to let the player take advantage of it.

The mission objective and pacing seem to be correct. Player must reach the extraction point and collect as much resources as possible. Now, there is no strategy layer present right now so collecting these resources is not connected to any other game mechanic. And it won't be - at least not for the sake of the tech demo that I am tring to finish.

The enemies now come in three flavors:
- Rat grunt: melee-only attacker, which is easy to kill but comes in big numbers,
- Rat shooter: equipped with a rifle, but still a cannon fodder-type enemy,
- Rat soldier: equipped with some kind of more powerful weapon, and with armor (1 Armor Point, to be precise).

The pacing works pretty well. Some enemy pods are present on the map right from the start (and the player needs to trigger them), but the real fun comes with dynamic reinforcements, that start to appear more and more often during the run - effectively introducing a nice risk/reward system. You can try to hang around on the map couple of extra turns, but you risk being overwhelmed.

The UI has been slightly remade, to make sure it takes less vertical space:

The bad news is that all the stuff above about fun is purely subjective.

However, I am not worried that much. I am pretty sure that the current game experience is far from complete - as the game still needs:

Graphics: currently I am using two character models (one for Survivors, one for rats). Every character type will have its own model. Also, some animations are still missing, as well as action/inventory item images.

Music and sound: these are non-existent at the moment.

Polish: It is obvious that I won't be able to achieve the AAA level of polish. However I want to make some improvements to how the game looks and plays right now. Examples:

- Map edges. Either I prevent the user from moving camera too far from the map edge (as this uncovers that black area), or I make sure that the visible map is actualy larger than the playable map: 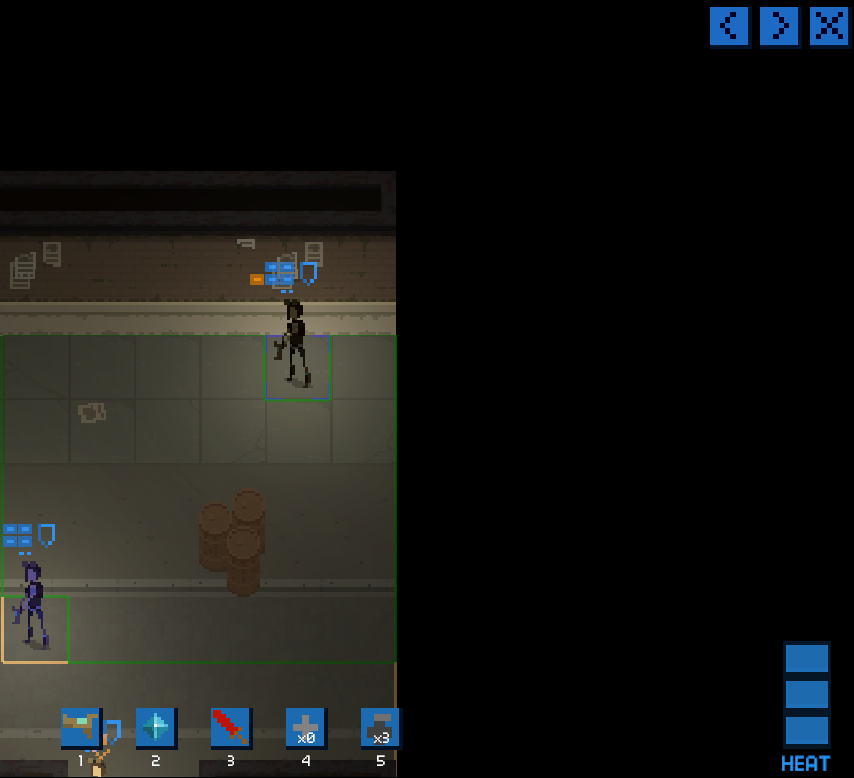 - Smooth display of fog of war (currently it's very rough): 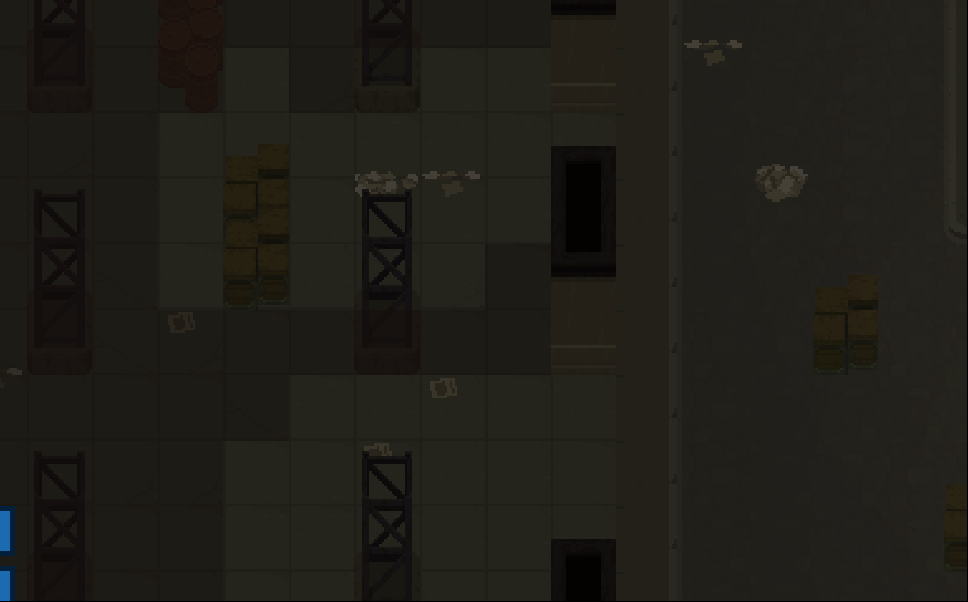 - Adding more of these radio dialogues that display throughout the combat:


So there's still a lot to cover. However, I believe that I'll surely show the game to outside world in 2019.

(and I need a proper game logo, right? Will take care of that too.)