Time to sum up my latest work on the "This is The End" game. First of all, let's revisit the map edges thing. Even though a map has a fixed size, the player is able to see tiles that are outside it:

Now, as you can see it is not possible for the characters to move onto tiles on the left - that is because these are just graphics added artificially. 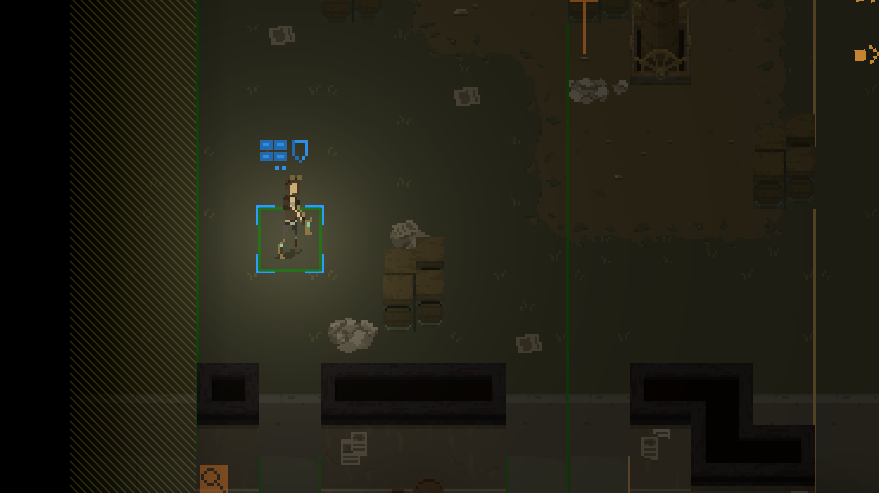 All the highlighted stuff are not 'real' tiles.

To make sure that these artificial tiles look correctly, I simply am using the nearest "real" tile type, thus making an impression that the map is longer than its original size. And then I display a semi-transparent image with a gradient on top, to create a fade effect.

Additionally, I modified some of the visuals. I still don't have any new character art/animations ready (hopefully something will come up before end of the year), so I focused on the UI. I made sure that the shield icon for "hunker down" state is more visually distinct. Previously it was using a different color/shadow:

Currently it is having a "plus" sign displayed near to it:

What is more, I spent some time on tweaking the fog of war display. It was pretty rough until now - I simply used a different sprite color on tiles that were unexplored: 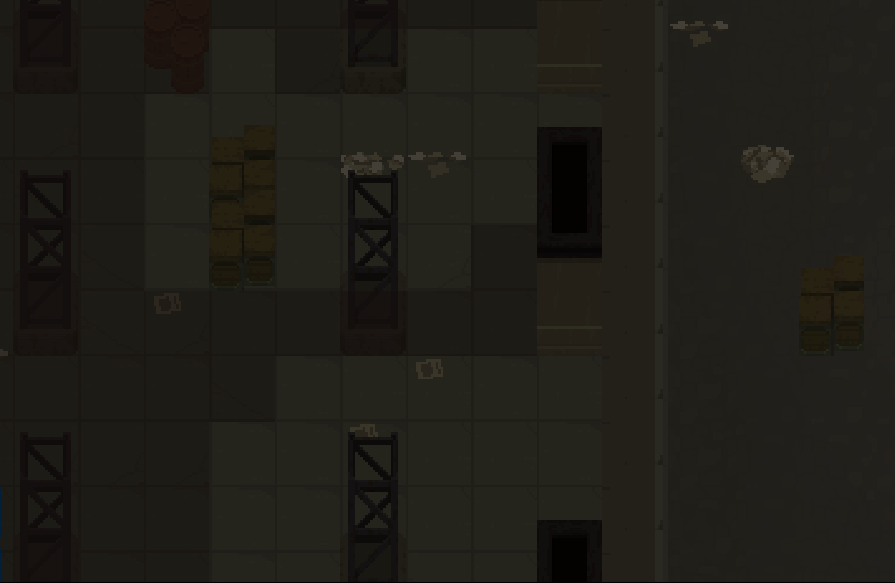 I tried different approaches: using shaders, using vertex coloring of a Plane object in Unity - none of them looked correctly.

So I decided to use this small image:

After some rescaling and blurring, it gives a pretty nice effect: 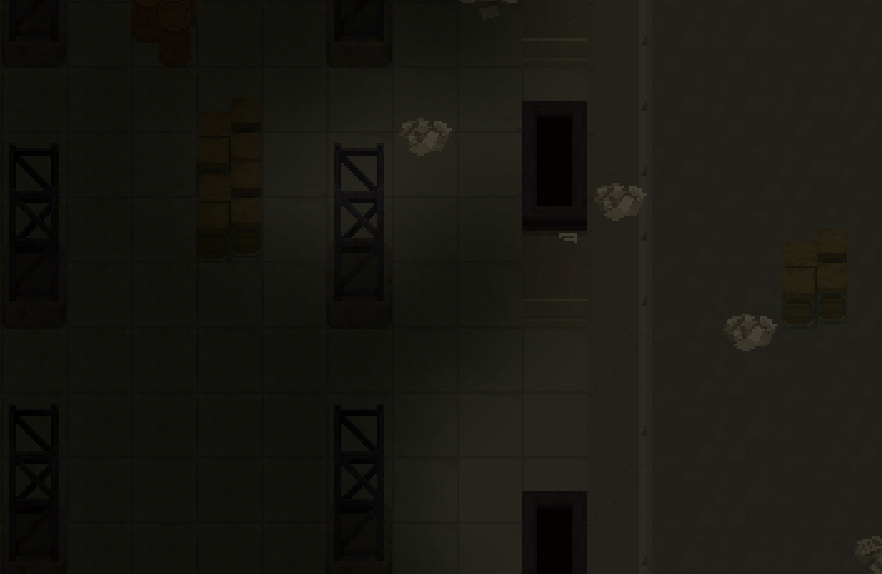 That sums up the progress for this week. I'm attaching an extra gif with a Rogue attacking a rat grunt; I know that there was a similar one the other day, but it still looks cool to me!

As usual I will be happy to hear what you think of the game: let me know in comments or on Twitter at @bryquthedev.

And of course: Merry Christmas to all of you! I wish you all the best in creating your games!