The webpage is ready. And so are new models.

Well, this week was quite different. I decided to spend my game development time to actually set up a webpage. And host it somewhere. And assign a domain name for it. The process was pretty entertaining and I didn't encounter any major roadbumps.

I decided to use steampunkratgame.com as the domain name - after all, that's the hashtag I'm using on Twitter. So here's a screenshot of the final result: 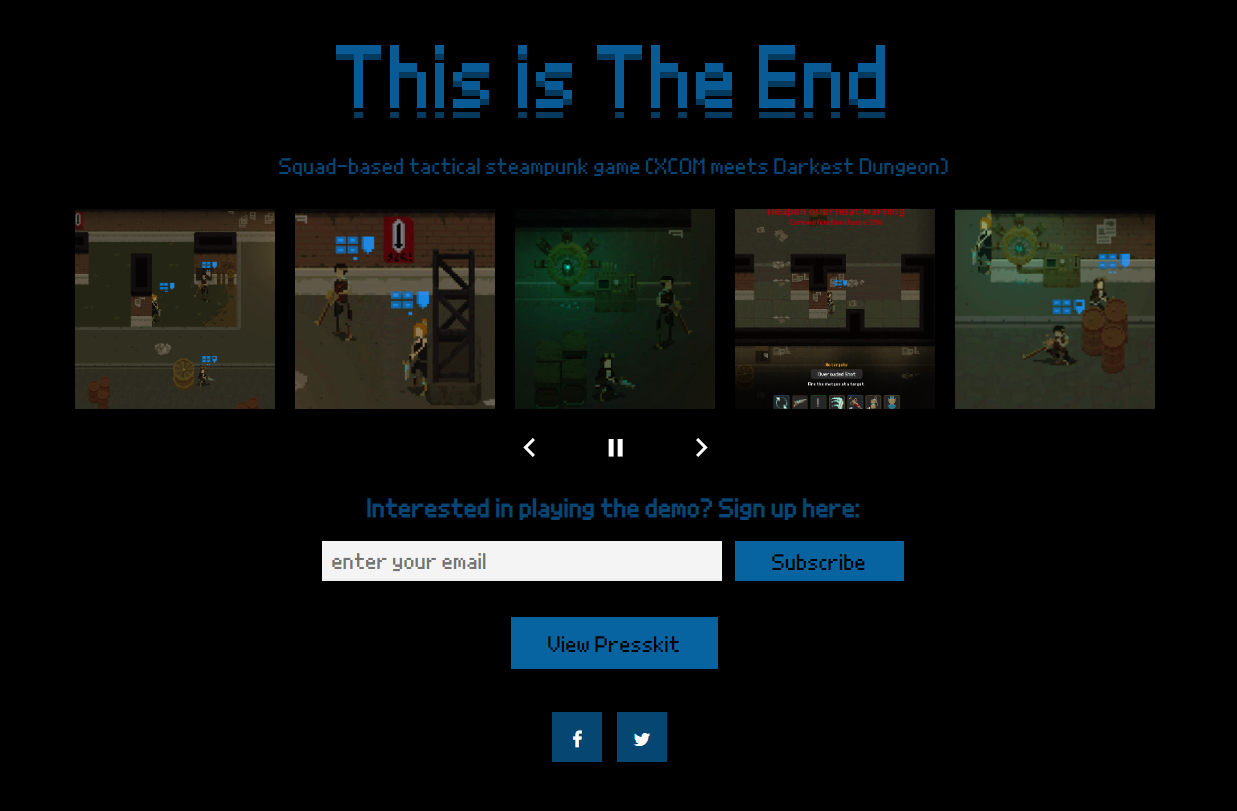 You can see that I used almost identical, simple logo which I was using before.

Initially I was considering using one of paid website creation/hosting services (e.g. SquareSpace); in the end I decided to create the page myself and probably saved a decent piece of money because of it.

In addition to the webpage, I've set up a presskit on my site as well. I guess that's a must in current times.

This quasi-marketing stuff actually took a lot of my time - and this is just a starter. But hey, I guess that's how it works. And that's why games take that long to make, especially if you're not a big game studio.

I still managed to find some time to push the development work with my "speech bubbles" feature. I made sure that random messages are being displayed in different situations (healing, picking stuff up, killing enemies).

The actual speech bubble is visible only at the very end of this gif. The rest is there to show of the gameplay.

Kurt (the freelance artist I am working with) has recently provided me with new animation for ranger's ability, allowing him to take a shot in a "fast" way. It is about taking two quick shots at a target (with penalty to aim and damage):

Additionally, the appearance of rat enemies will change.

First of all, the crossbow/melee low-tier enemy will become a melee-only character (I am already treating it as a melee-only in my game - it's "only" about changing the model): 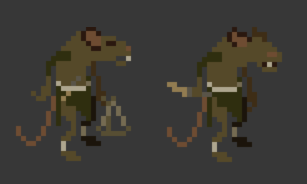 New model concept on the right, old one on the left.

Additionally, there will be new model for enemy shooter. Here's a concept: 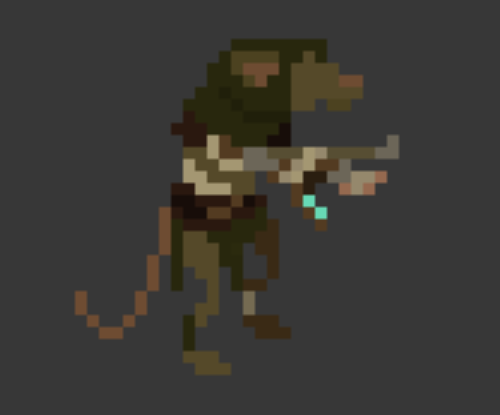 Even though I am happy with how the "speech bubbles" feature looks like, I need to reiterate on it more. I simply want to see how these messages would look like if placed directly above player characters, and not in the top-right section of the screen.

Besides that, I might spend some time on introducing new character models/animations into the game.

Enjoy the gif on which the characters are blowing themselves up: