In one of my previous posts I wrote about the idea of making sure that the player is kept under time pressure that does not require introducing explicit in-game mission timers. Timers were present in e.g. XCOM 2. If the mission timer runs out, you lose.

I started to experiment with a different approach: the player can stay on the map as long as they want to - however, there will be more and more reinforcements appearing. Now, to make sure that spawn rate of reinforcements is not linear, I've introduced danger levels. 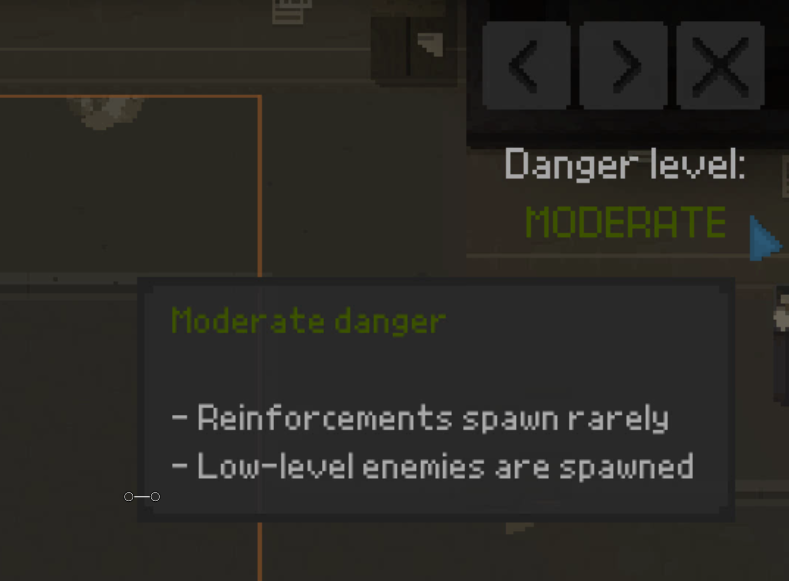 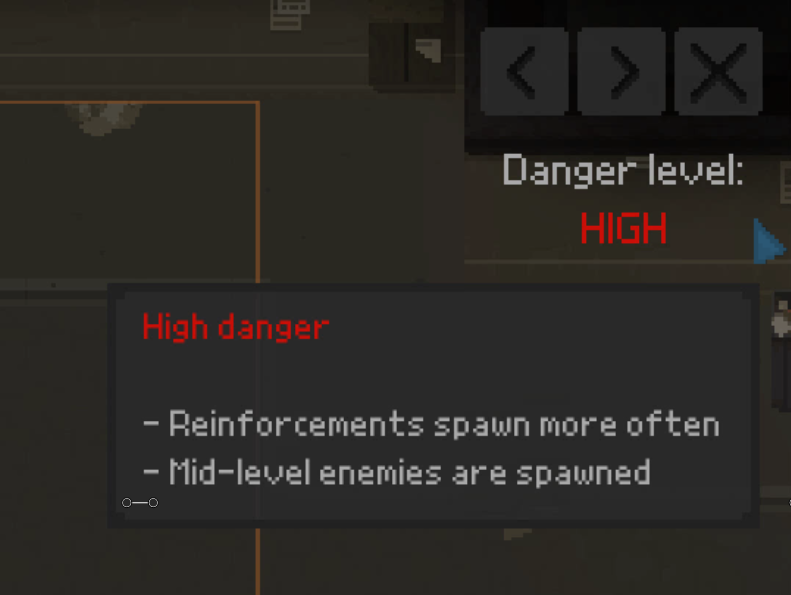 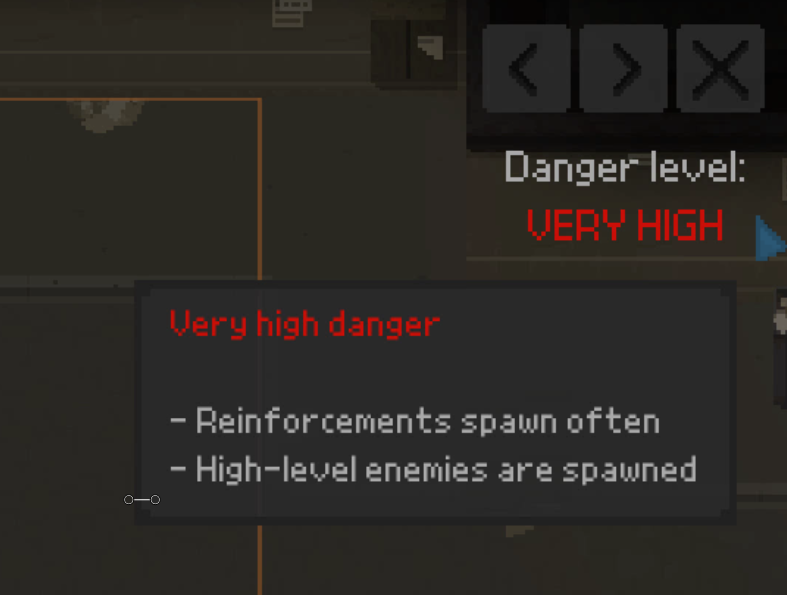 Danger level is increasing automatically every couple of turns - but only after the player encounters their first enemy pod.

What is more, using explosives automatically increases the danger level by one point. This gives a nice risk/reward mechanic - you might want to use a grenade to clear an area from enemies, but you risk more of them appearing sooner.

I have also started working on in-game notifications, appearing at lower-right part of the screen. Right now they are notifying the player about new danger level and a player character being killed:

I believe I am slowly reaching the point when I will consider the demo "ready" - or at least feature complete. I was recently browsing my backlog, and there's just one major outstanding feature, which are character traits/quirks. I will hopefully expand on this idea next week.

Then there's still audio and graphics that need to be finished and put into the game. But I will get there, eventually. I am especially looking forward to the audio stuff, as I have zero experience in doing it :)

Thanks for reading! As usual, if you'd like to receive more frequent updates about the development and a heads-up about release of the demo, follow me on Twitter at @bryquTheDev.