(alright, before I dive deep into the audio-related subject, grab this rat shooter with a machine gun)

Ugh, so when I started working on the game I had literally no idea what I was doing. Sure, I was already a good programmer and had a vision of the game's setting and core mechanics, but I had no experience with creating a real game.

Currently, several months later (well, it's been almost a year now!) I can surely say that I have some knowledge on how to approach game development. Heck, I might even be able to give some valuable advice to absolute beginners.

However, all of my currrent knowledge was not enough to prepare me for facing the ultimate challenge: the sound design.

I thought I was ready for it. I was collecting free audio assets from any free giveaways since I remember. I also bought one interesting sounds pack the other day. Also, I hired a freelancer to create a couple of sounds for the game.

Implementing the sound handling code was not that difficult. After all, Unity has a lot of stuff already done so it was only about making good use of them.

The struggle was (well, it still is as I am still working on it) about finding a sound that fits just right to a particular situation. I basically found myself listening to hundreds of different sounds (which in a lot of cases were almost similar), just to find out that none of them appealed to me.

All of these button need a sound. Or maybe two sounds, one for highlight and the other for click?

Also, it turns out that a sound might sound *completely* different depending on what volume level it is played on. And I am not just saying that it would simply sound louder, but... different.

Oh, and don't forget that the sound differs based on the type of audio device. The button click sound sounded good on your speaker? Well, be prepared that it can sound like crap on your headset!

But - when you finally will be able to find the right sounds, the game gains A LOT. Or at least that's what the others say - I still have to reach that point. But I have to say that it is getting better and better!

Now, I won't be showing any gameplay video with audio just yet - I still have to reiterate on it a couple of times. I will write something about how I work with sound though.

For fast prototyping, I use... Camtasia. Yeah, I know that it is a video editing software, but it allows me to put together some audio assets on top of a gameplay video to see and hear how it will sound like. 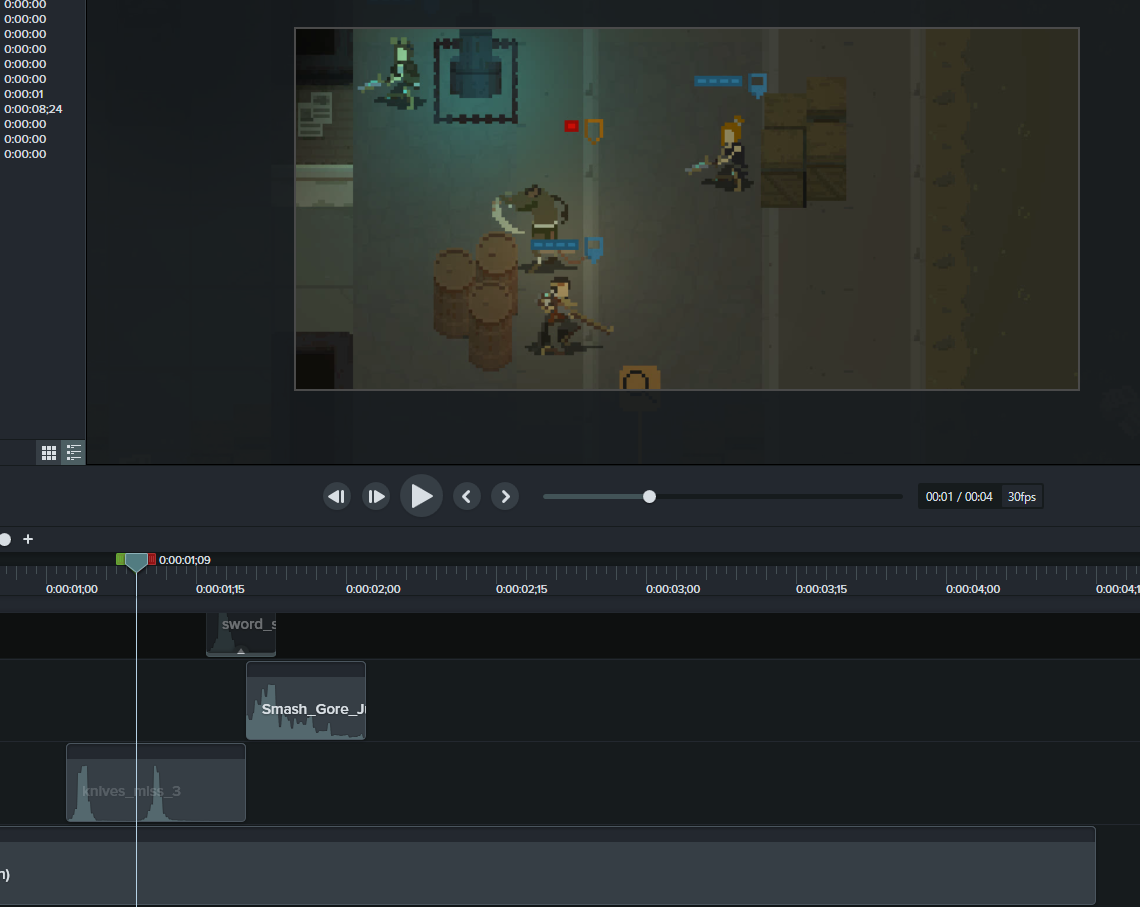 After I am happy with the result, I use Audacity to mix the sounds together into the final thing. Its user interface is horrible, but at least it's free! 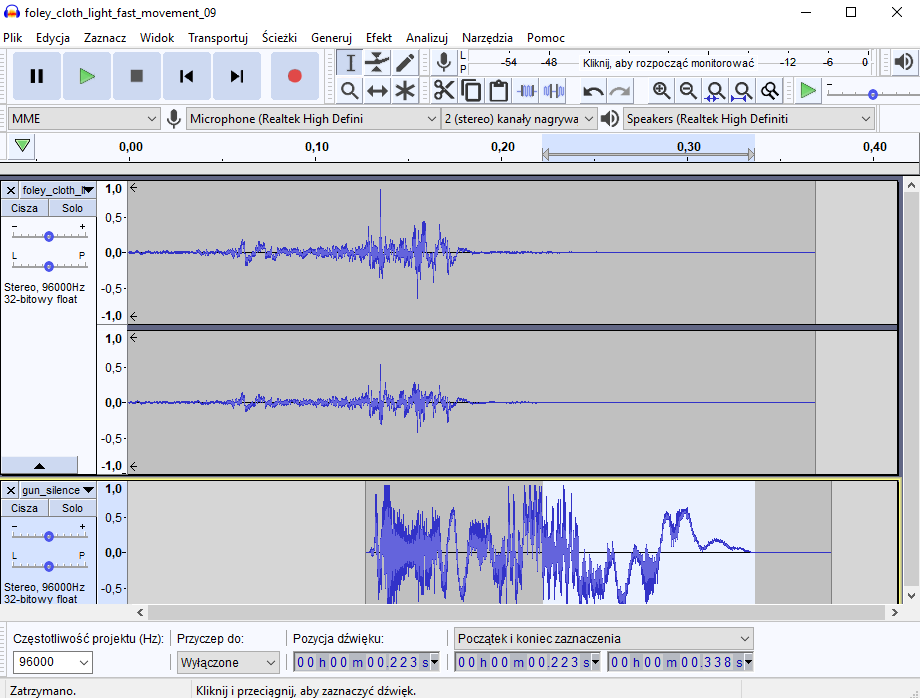 If any of you have any better way of handling the audio design, do let me know.

Well, you probably guessed it already - I will spend more time on the audio in the upcoming weeks. If it turns out that I have no interesting progress to show to you, I will consider skipping next week's devlog - we'll see.

And grab some more gameplay stuff: